Home » Web Technology » What is HTML and CSS

What is HTML and CSS

HyperText Markup Language (HTML)
web pages and web applications. With Cascading Style Sheets (CSS), and JavaScript, it forms a triad of cornerstone technologies for the World Wide Web. Web browsers receive HTML documents from a webserver or from local storage and render them into multimedia web pages. HTML describes the structure of a web page semantically and originally included cues for the appearance of the document. 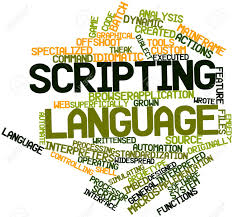 markup language for creating
HTML elements are the building blocks of HTML pages. With HTML constructs, images and other objects, such as interactive forms, may be embedded into the rendered page. It provides a means to create structured documents by denoting structural semantics for text such as headings, paragraphs, lists, links, quotes and other items. HTML elements are delineated by tags, written using angle brackets. Tags such as <img /> and <input /> introduce content into the page directly. Others such as <p>...</p> surround and provide information about document text and may include other tags as sub-elements. Browsers do not display the HTML tags, but use them to interpret the content of the page.
It is a  scripting language such as JS Java Script which affect the behavior and content of web pages. Inclusion of CSS defines the look and layout of content. The World Wide Web Consortium (W3C), maintainer of both the HTML and the CSS standards, has encouraged the use of CSS over explicit presentational HTML since 1996.

Cascading Style Sheets (CSS)
is a style sheet language used for describing the presentation of a document written in a markup language. Most often used to set the visual style of web pages and user interfaces written in HTML and XHTML, the language can be applied to any XML document, including plain XML, SVG and XUL,t and is applicable to rendering in speech, or on other media. Along with HTML and JavaScript, CSS is a cornerstone technology used by most websites to create visually engaging webpages, user interfaces for web applications, and user interfaces for many mobile applications.
This language is designed primarily to enable the separation of document content from document presentation, including aspects such as the layout, colors, and fonts. This separation can improve content accessibility, provide more flexibility and control in the specification of presentation characteristics, enable multiple HTML pages to share formatting by specifying the relevant CSS in a separate .css file, and reduce complexity and repetition in the structural content.
Separation of formatting and content makes it possible to present the same markup page in different styles for different rendering methods, such as on-screen, in print, by voice (via speech-based browser or screen reader), and on Braille-based tactile devices. It can also display the web page differently depending on the screen size or viewing device. Readers can also specify a different style sheet, such as a CSS file stored on their own computer, to override the one the author specified.