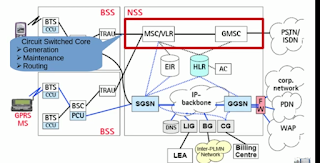 Enhanced Data rates for GSM Evolution (EDGE) (also known as Enhanced GPRS (EGPRS), or Enhanced Data rates for Global Evolution) is a digital mobile phone technology that allows improved data transmission rates as a backward-compatible extension of GSM. EDGE is considered a pre-3G radio technology and is part of ITU's 3G definition. EDGE was deployed on GSM networks beginning in 2003 – initially by Cingular (now AT&T) in the United States.

EDGE is an abbreviation for Enhanced Data rates for GSM Evolution. All network providers and smartphones support EDGE, but rarely actually make use of it. It's an ancient technology which came before 3G, 4G, and LTE, and is usually classified as a 2.75G network.

It was an evolution to GPRS and could achieve theoretical speeds between 120Kbps to 384Kbps. If you ever see an E icon in your smartphone's status bar, it means that your device is only able to connect to your carrier's EDGE network, which is due to you being in a poor network coverage area.

Even though EDGE services were considered super fast when they started to become operational back in 2003, you'll barely be able to browse through the internet with those kind of speeds nowadays.
May 01, 2017
adnan online class
wirelesscommunication
Email ThisBlogThis!Share to TwitterShare to Facebook